Free shipping on all orders over 300 EGP

🌛 Enjoy EID OFFERS — Use the Promo code “eid15” and get 15% off on all products except medicine. 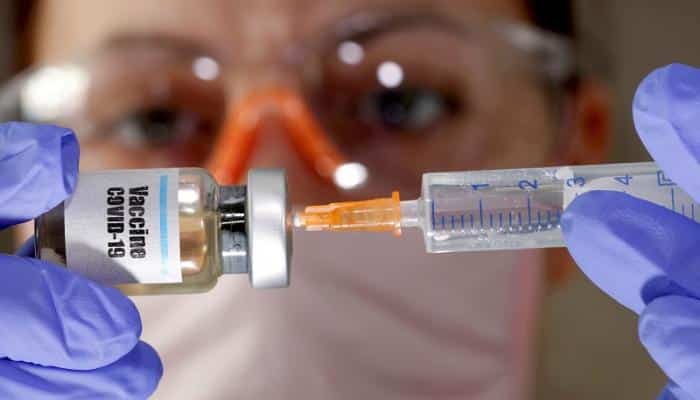 Since the COVID-19 crisis started, pharmaceutical companies rushed to discover a suitable and an effective vaccine.

Contents hide
1. Since the COVID-19 crisis started, pharmaceutical companies rushed to discover a suitable and an effective vaccine.
2. A year later, after a lot of experimenting and searching, these companies started producing the vaccine they discovered and governments raced to use the vaccine in order to save their people, economy and return back yo their normal lifestyle.
2.1. Pfizer-BioNTech:
2.2. Astra Zeneca/ Oxford:
2.3. The Russian vaccine, Sputnik V:

A year later, after a lot of experimenting and searching, these companies started producing the vaccine they discovered and governments raced to use the vaccine in order to save their people, economy and return back yo their normal lifestyle.

Unfortunately, as what happens with every vaccine produced, there are always possible side effects for these vaccines.

In this report, Gardenia pharmacies are introducing to you all the information available these days upon the vaccinations produced.

This is one of the vaccines that got licensed in several countries as the clinical trial that involved about 40 thousand volunteers proved that this vaccine causes classic side effects which are usually painful but not life threatening.
80% of the ones recieving the vaccine felt pain around the injection area, alot of them suffered from fatigue, migraines and rigidity. Some patients suffered from temporary swollen lymphnodes, too.
These side effects were more severe in younger ages.

The vaccine that has been developed by Astra Zeneca company in collaboration with Oxford British University. The results proved that this vaccine is safe as the clinical trial involved 23 thousand volunteers and only one of the patients suffered from severe side effects that are injection related.
The report pointed that the patient suffered from Myelitis transversa ( a rare nervous disease ) which led to temporary execution of the trial in early September.
Two other patients suffered from the severe side effects. The people in charge of the clinical trial claimed that the three volunteers are already healed or on their way to heal.

Although there were international concerns upon this vaccination since declaring it in August 2020, it was distributed in Russia, Belarus, United Arab Emirates, India, Brazil and Argentina and there was no declaration of severe side effects and there was only normal, expected side effects as fever or headache

In the mean time, their are no reports about the severe post-vaccine side effects and looks like there are massive Russian reservations upon this concern.
According to Reuters report, 52% of a total of 3040 Russian doctors and other physicians claimed that they refuse using this vaccine due to the insufficient data of this vaccine.

For more details and updates on the emerging corona virus, click here

Protect yourself from the Corona virus

On all orders over 300 pounds